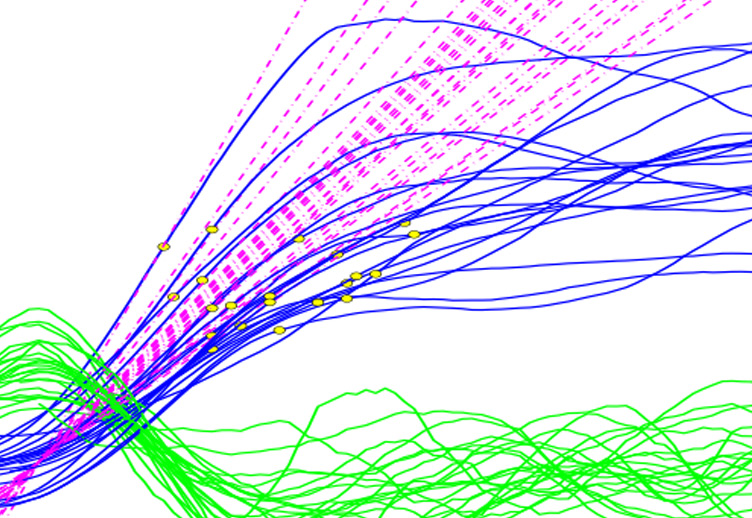 A new light on Spindle assembly checkpoint in chromosome distribution

Although scientists work on disproving theories all day - and often all night -, they do not like their own theories to be disproven. In this whole game of disproving cherished believes, it is therefore most rewarding to disprove one's own idea. This is why the paper by Mariani, Chiroli, Ciliberto and colleagues is so beautiful. It is a very careful re-assessment of a cherished hypothesis, that was first put forward by some of the authors of this paper, was well accepted in the scientific community, was further substantiated by these authors, and was now disproven by them. But even more beautifully, like phoenix from the ashes, a new idea arises from these results - starting the scientific circle afresh.

But let me explain from the beginning.
this paper investigates the cellular machinery that oversees the distribution of chromosomes into the emerging daughter cells at cell division. Both daughter cells need to receive exactly one copy of each chromosome. Any error in this process can lead to cell death, birth defects, or could promote tumorigenesis. Not surprisingly, cells have developed an elaborate mechanism that makes sure that chromosomes are correctly distributed. This mechanism, called the 'spindle assembly checkpoint', monitors whether chromosomes are properly attached to the mitotic spindle. The spindle is a structure consisting of microtubules and motor proteins that will eventually pull the chromosomes into the two emerging daughter cells. Cells in our human body contain 46 chromosomes, and all of these need to become properly attached to the spindle. Even if only a single chromosome fails to attach, the spindle assembly checkpoint reacts. Because of this high sensitivity, many researchers believe that the signaling mechanism must contain an amplification step. Interestingly, when an important part of the signaling mechanism was discovered (by the Musacchio group, formerly at IFOM-IEO as well), it became clear that the initial activation of the checkpoint, which happens at the contact point between chromosomes and mitotic spindle, releases a protein complex that has the potential to amplify the signal.

A key player in this model is the protein Mad2. Mad2 is the effector of the checkpoint: it binds to the protein Cdc20 and blocks the ability of Cdc20 to initiate the distribution of the chromosomes into the daughter cells. Mad2 can switch between two conformations, called open (O) and closed (C). When Mad2 is bound to Cdc20, it is in the closed conformation. Mad2 becomes proficient to bind Cdc20 through a dimerization reaction, where one O-Mad2 protein meets a C-Mad2 protein and thereby is converted into the Cdc20-bound C-conformation. This is what happens at chromosomes that fail to attach to the mitotic spindle: a complex between the proteins Mad1 and C-Mad2 activates O-Mad2 molecules to convert to C and bind Cdc20. When this was discovered, Musacchio and colleagues immediately realized that - just like the Mad1/C-Mad2-complex at chromosomes - Cdc20/C-Mad2 can in principle bind O-Mad2 and make it Cdc20-binding proficient, thereby creating more Cdc20-C-Mad2 and amplifying the signal.

A remarkable earlier paper by the Ciliberto group (Simonetta, Manzoni et al., PLoS Biol 2009) subsequently demonstrated in elegant test tube experiments that both Mad1/C-Mad2 and Cdc20/C-Mad2 can strongly speed-up the conversion of O-Mad2 into the Cdc20-binding proficient C-Mad2. This paper had a strong influence on me, because it was the first study that analyzed spindle assembly checkpoint signaling quantitatively. This paper also raised a big question that is still unanswered: in the test tube, generating a checkpoint signal takes hours, whereas in the cell it takes minutes. Nobody knows what explains the difference. But importantly, the paper lent further support to the amplification hypothesis, because clearly, both Mad1/C-Mad2 and Cdc20/C-Mad2 could speed up binding of Mad2 to Cdc20.

Yet, in the new paper by Mariani, Chiroli and colleagues, the authors now show that this is not the case in living yeast cells. This involved ingenious mutations within Mad2 that very specifically abolish its interaction with different interaction partners. For example the authors modified the Mad1-Mad2 interaction surface by "humanizing" it (i.e. they made it resemble to the interaction site in human cells). Humanized Mad1 and humanized Mad2 work well together, whereas the humanized version of one does not interact well with the yeast version of the other. This allowed the authors for the first time to introduce two different pools of Mad2 into cells. One that would be able to interact with Mad1, and another one that would not. Through such experiments they found that the dimerization interface of Mad2 in Cdc20/C-Mad2 is important for checkpoint signaling - not because it drives amplification of the signal, but because it interacts with yet another checkpoint protein Mad3. The test tube experiments did not show this, because Mad3 had not been added when these experiments were done. This illustrates how important it is to not only rely on one type of analysis.

At around the same time as the paper by Mariani, Chiroli, Ciliberto and colleagues, the first structural analysis of the C-Mad2-Cdc20-Mad3 complex became available and confirmed that the dimerization interface of Mad2 is in contact with Mad3 - just as the cellular results had predicted. Researchers working with human cells additionally found evidence. Together, these papers now make a strong case that a Cdc20/C-Mad2-mediated amplification does not exist. But despite this setback, the amplification idea survives. Other colleagues have already proposed a new mechanism how amplification of the checkpoint signal could be accomplished.

So now we spend our days and nights trying to falsify their theory. 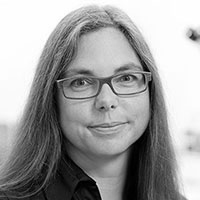 Download PDF of this article
Quantitative Biology of Cell Division