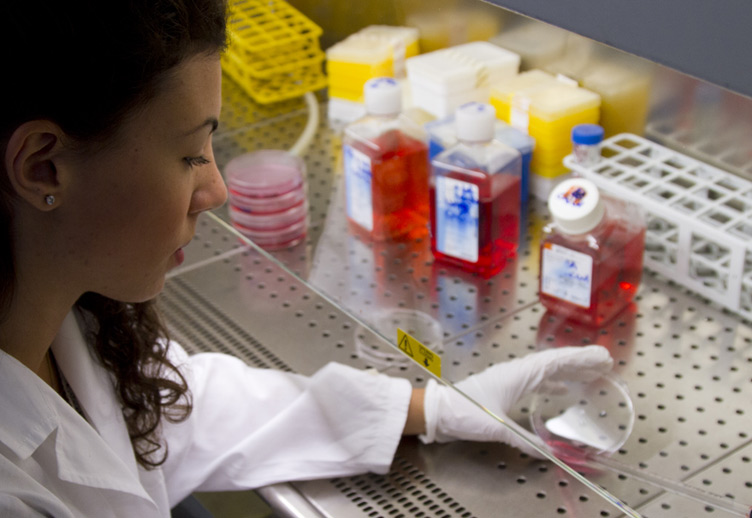 The first year of the new IFOM Science & Society program

The aim of YouScientist is to widen the bridge connecting science with society by allowing a lay audience to live and experience the world of molecular biology firsthand, to hold test tubes and restriction enzymes. Participants work side-by-side with scientists and experience not only the passion and enthusiasm, but also the difficulties, frustrations and limitations of scientific research.

For centuries, science has been considered an activity driven primarily by curiosity on the part of the scientist. This attitude is at the heart of the mission at institutions like IFOM. At IFOM, the need to "understand cancer in order to treat it" translates into creating the conditions for individual researchers to develop instincts, passion and an unstoppable desire to explore and to go beyond the limits of current knowledge. Overturning dogmas, calling apparently acquired knowledge into question, taking the road less traveled - there are things that drive research, and especially cancer research.

This aspect is encoded in IFOM's genome, where another aspect has also gradually taken root: awareness that the link between the world of science and society has become increasingly intimate. There is increasing awareness that scientific discoveries influence everyday life, changing the lives and health of the public. There is a growing need for researchers who are supported by public funds or donations to explain their activities and results. It follows that science must continually inform about the benefits that society can draw from its activities. Finally, there is a growing awareness among scientists that, along with their knowledge comes the responsibility to help solve public health, environmental, economic and educational problems. The stereotype of researchers hidden among test tubes on the bench has been replaced by that of 21st century scientists, aware of their role and above all their responsibilities towards society.

IFOM has established YouScientist in response to these needs and to the issues that scientists and society need to understand.

Leveraging decades of experience in communicating their science to students at high schools and others, 2012 was marked by efforts to expand this extraordinary audience.

The philosophy and strategy of the first initiatives was to transfer the training role typical of a school to a society thirsting for information. The strategy involved the use of methods and issues that rely on empathy, emotion and enthusiasm, which are the primary drivers of scientific activity, involving both rational and emotional spheres, gaming and entertainment.

Two new initiatives were launched in the context of the Researchers' Night.

IFOM was chosen as the institutional partner of "Meet Me Tonight" the Milan edition of Researchers' Night 2012, held on September 28, 2012. Researchers' Night is a European Commission initiative to promote contact between citizens and the world of research by involving them in games, lessons, experiments, competitions, demonstrations and seminars.

For IFOM, participating in Meet Me Tonight was an important opportunity to consolidate relationships with institutions and learning centers in the territory and a chance for greater openness towards society in general.

The first of these initiatives focused on projection of the documentary "The dark side of the sun" which was followed by a debate at the Spazio Oberdan, organized in collaboration with the Department of Culture of the Province of Milan.

This documentary by Carlo Shalom Hintermann, which received a special mention at the 2013 edition of the Rome International Film Festival, was sponsored by IFOM because of the high scientific and social interest of the topics discussed: Xeroderma pigmentosum, a rare disease that forces affected children to live in isolation, away from the daytime world of their peers. "The dark side of the sun" documents the positive experience of Camp Sundown, a summer camp established in upstate New York by the parents of an XP patient that receives patients from all over the world.

The event opened with an introduction by Novo Umberto Maerna, Commissioner for Culture for the Province of Milan. Viewing of the film was followed by a discussion stimulated by insights that had emerged, with topics ranging from the relationship between rare diseases and society, to effective advancement of knowledge in these areas of science, and the social and cultural contribution that a film can provide. The debate, moderated by Eliana Liotta, Director of OK Salute, involved the film's director Carlo Hintermann, IFOM scientist Giorgio Scita, psychologist and director of IRIDe Gabriella Pravettoni, director of the Filmmaker Festival Luca Mosso, and director of the "Vedere la Scienza" Film Festival Pasquale Tucci.

There was a very lively exchange of views among the participants in the debate. Film critic Morando Morandini was among the 70 spectators in the audience.

The second organized event was LAB GAME. This initiative is part of a project that aims to explain complex molecular biology concepts to the public by inviting people to improvise a performance of song, dance, mime, or acting. LAB GAME relies on the most recent advances in the cognitive field, which show that cognitive, emotional and creative involvement improves the capacity to learn and explain information, including scientific topics. LAB GAME participants learned the scientific basis of biological phenomena important for cellular development and for the life of the organism. They also explore the correlations between lifestyle, genetic predisposition to the risk of a disease and health. This developed new awareness of their lifestyle and at the same time an unexpected interest in research, its discoveries and their impact in daily life.

During "Meet Me Tonight", the public was offered a LAB GAME that involved the process of DNA replication and the health consequences of the damage that can occur during this process. Lab Game had a great impact on the 90 participants, who also had fun playing it.

Among the program activities, note in particular the following projects:

The change in communication paradigms in science requires increasingly direct involvement by scientific research institutes, while maintaining their founding mission, which in the case of IFOM is the acquisition of knowledge on cancer as a step towards effective cancer therapy. 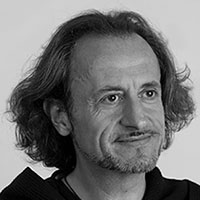