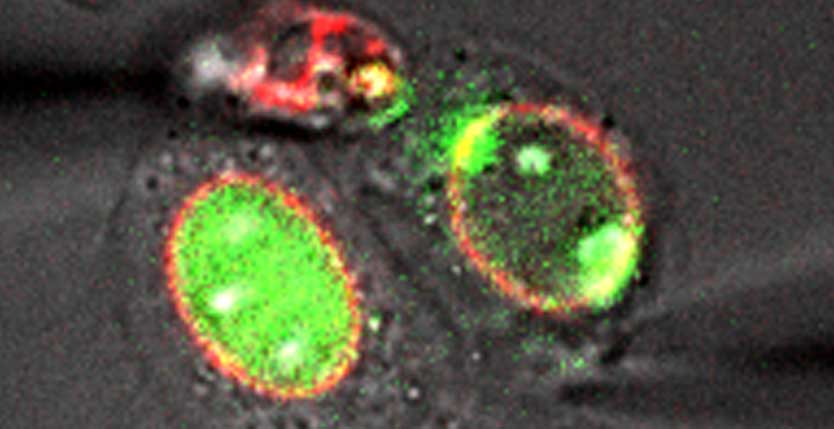 Normal functioning of living cells begins and ends with the genetic material, DNA. DNA not only provides the information for gene expression but is, itself, the fundamental basis for the ability of cells to propagate themselves, by duplication and segregation. Human cells contain 6x109 basepairs (6000 Mb) of DNA, housed in 46 chromosomes (22 pairs of homologous maternal and paternal chromosomes plus two sex chromosomes, XX in female or XY in male). Every time a cell divides, all of this DNA must be accurately duplicated, after which the resulting sister chromosomes must be faithfully segregated into two daughter cells. Both of these basic processes present intrinsic challenges. DNA comprises two plectonemically intertwined strands. As DNA is duplicated, this intertwining presents a topological challenge: the two strands must be unwound in front of the progressing replication fork, implying that inter-strand intertwinings must somehow be removed or displaced. Further, in order for sisters to segregate cleanly, the DNA must be compacted into short, fat discrete units, within which the two sister units (chromatids) are well-individualized. The extent of the compaction required is dramatic: the contour length of the DNA in an average chromosome is ~3.5cm and, even with ~7-fold compaction achieved by wrapping of DNA around nucleosomes, ~5mm. In contrast, the distance between segregated groups of chromosomes is only ~20 μm (2 x 10-2 mm).

Like all basic aspects of chromosome biology, these events are orchestrated by a complex series of molecular/biochemical processes that must be coordinated with one another and also monitored for successful progression by regulatory surveillance mechanisms. Dr. Foiani's work focuses on one of these regulatory surveillance molecules, the essential PI3 kinase ATR (Ataxia telangiectasia and Rad3-related). In human, mutations in ATR underlie Seckel syndrome, a severe disease characterized by mental retardation, dwarfism and defects in the DNA damage response.

Foiani's recent work has emerged from a long-standing interest in the nexus between replicating DNA and the nuclear envelope (NE). Chromatin domains are often connected to the NE and this connection is prominent for late-replicating regions. Foiani and colleagues have previously shown that when a DNA replication fork approaches a NE-associated chromatin region, DNA strands in front of the fork acquire aberrant topological states which, if not removed, trigger genome rearrangements. The authors also showed that the cell deals with such blocks by triggering release of the involved chromatin regions from the NE, thereby permitting regular continuation of replication and preventing genome damage. Moreover, this release is mediated by ATR.

In considering the basis for this effect, Foiani came to the idea that the ATR-mediated signal transduction involved in releasing forks from the NE might involve direct mechanical signaling within the DNA/chromatin/NE ensemble. This notion required integration of several considerations. (i) Since changes in the topological state of the DNA duplex comprise deformations of the molecule out of its most energetically favorable state, they comprise mechanical stress. (ii) The central fundamental feature of a mechanical system is that a change at one position is automatically transmitted to other positions nearby. In a chromosomal context, the DNA is part of a complex elastic protein/DNA meshwork; and the NE is a deformable elastic structure. Thus, both components are ideal for absorbing and/or transducing mechanical stimuli, between/among the nucleus, the chromosomes and the surrounding cytoskeleton. (iii) If mechanical forces are present in a biological system, the further implication is that specific molecules, known traditionally to have standard biochemical activities, will also play roles in sensing and transducing mechanical signals. ATR comprises a large array of helical repeat units plus a terminal kinase domain, and such helical repeats domains are known to have a spring-like behavior. Thus, ATR would be an attractive candidate to transduce chromosome/NE stress into desired molecular outcomes.

Acting on this intuition, the Foiani group has now demonstrated (Cell 158: 633–646) that a fraction of ATR always localizes to the NE and that this targeting is dramatically increased if the NE is subjected to stretching, either by osmotic stress or by whole cell mechanical manipulation. Moreover, this effect is direct, rather than being an indirect consequence of checkpoint activation by stretching-induced chromosome damage.

Stimulated by this finding, Foiani and colleagues proceeded to explore the general implications of their results. Chromatin/NE associations occur and are modulated not only during DNA replication but also during the dramatic chromosome compaction that precedes segregation (above). At an initial stage of this process, chromosomes are tightly associated with the NE. Then, as compaction progresses, chromosomes must be released from the NE, which concomitantly breaks down in preparation for chromosome segregation. Foiani and colleagues reasoned that ATR might also play a role in chromatin/NE release at this stage. Their reasoning is proving correct: they find that, without active ATR, onset and completion of chromatin compaction at prophase are significantly delayed and NE breakdown is incomplete. And once again, these effects do not arise indirectly from a DNA damage response.

Traditional investigations of chromosomal processes have focused on identification of the molecules involved, their biochemical activities, and their physical and functional interactions. The recent study of Foiani and colleagues spearheads an entirely new perspective in which chromosomes are considered as mechanical objects. This new perspective opens a new approach to understanding chromosomal processes and, thus, why and how these processes go awry in cancer and other disease conditions. Foiani's study is also significant because it further supports the idea that ATR is not only involved in mediating checkpoint responses to chromosome damage but also plays roles in regulating and modulating basic chromosomal events in an entirely unperturbed cell cycle. Such roles help to explain why, as shown by Seckel syndrome, the functioning of ATR is important even for an individual that is not afflicted by cancer or disease. 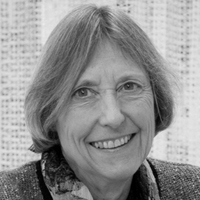 July 31, 2014
Identified a protein that senses the mechanical vibrations of the cells and controls cellular plasticity. A step forward in the understanding of metastasis and stem cells

Super-resolution image of a prophase cell stained with anti-ATR (green) and -NUP153 (red) antibodies, illustrating localization of ATR to the NUP153-marked nuclear periphery. (Figure 1B of Kumar et al., 2014).