Stepping up the tension in uPAR mediated cell signaling by integrins

Tissue invasion and metastasis constitutes the last of the six hallmarks of cancer that was originally coined by Hananhan and Weinberg in their seminal reviews in Cell in 2000 and 2011. As both these processes are critically involved in the late stage systemic disease dissemination, they are considered major causative risk factors for the high mortality rates that are observed in many patients diagnosed with certain types of solid cancers. An intense research effort has accordingly been devoted to identifying components that are directly involved in and preferably rate limiting for disease progression via control of the invasive and metastatic potential. In this quest, the extracellular matrix in the tumor-stroma microenvironment represented one of the major focus areas as these insoluble structures limits invasion due to their barrier function, but at the same time they also promote migration by providing the essential structures needed for adhesion and cellular traction. Along these lines of arguments, the molecular mechanisms underlying either proteolytic remodeling of the extracellular matrix or impacting cell-matrix adhesion and migration have received a lot of attention in the ongoing search for potential druggable protein targets, where a given pharmaceutical intervention is predicted to attenuate disease dissemination.

The interaction between uPAR and vitronectin triggers ligand-independent adhesion signalling by integrins.
The urokinase-type plasminogen activator receptor (uPAR) is a non-integrin vitronectin (VN) cell adhesion receptor linked to the plasma membrane by a glycolipid anchor. Through structure-function analyses of uPAR, VN and integrins, we document that uPAR-mediated cell adhesion to VN triggers a novel type of integrin signalling that is independent of integrin-matrix engagement. The signalling is fully active on VN mutants deficient in integrin binding site and is also efficiently transduced by integrins deficient in ligand binding. Although integrin ligation is dispensable, signalling is crucially dependent upon an active conformation of the integrin and its association with intracellular adaptors such as talin. This non-canonical integrin signalling is not restricted to uPAR as it poses no structural constraints to the receptor mediating cell attachment. In contrast to canonical integrin signalling, where integrins form direct mechanical links between the ECM and the cytoskeleton, the molecular mechanism enabling the crosstalk between non-integrin adhesion receptors and integrins is dependent upon membrane tension. This suggests that for this type of signalling, the membrane represents a critical component of the molecular clutch.
[PMID 25168639]

One of the proteolytic systems that is generally found upregulated at the tumor-stromal microenvironment of many solid cancers is the urokinase-type plasminogen activator (uPA) cascade, which catalyzes the conversion of the abundant proenzyme plasminogen to the active protease plasmin. Both stromal and cancer cells at the invasive fronts of the cancer lesions frequently express a high affinity receptor for uPA. The protein responsible for the high affinity uPA binding is the glycolipid-anchored uPA receptor (uPAR or CD87), which drives focalized plasminogen activation to the membrane surface of these cells. Numerous studies from different laboratories on resected tumor lesions or plasma from patients with solid cancer unanimously agree that high levels of uPAR expression either at the lesion site or shed into the circulation are powerful prognostic biomarkers entailing a poor overall patient survival. To further mature this translational potential of uPAR in a clinical setting several groups are presently developing new strategies for the non-invasive imaging of uPAR expression in patients by positron emission tomography and the first safety study in humans have just been completed (NCT02139371; ClinicalTrials.gov).

In the last two decades it has nonetheless also become increasingly clear that uPAR regulates other cellular processes not related to proteolysis. Early work pioneered by Nicolai Sidenius elegantly demonstrates that the interaction between the glycolipid-anchored uPAR at the cell surface and vitronectin immobilized onto an artificial rigid surface potently stimulates cell adhesion and migration (Madsen et al. 2007). The structure-functional rationale behind this observation has now been clarified in great detail. A combination of different biophysical measurements clearly demonstrates that the three-domain structure of unoccupied uPAR predominantly populates an open conformation, but ligation with uPA drives it into a closed and compact conformation (Mertens et al, 2012). Importantly, the closed conformation of uPAR represents the vitronectin binding proficient form setting the stage for an allosteric regulation of uPAR-mediated adhesion to vitronectin by uPA. In a biological perspective uPAR may thus induce a rendezvous between proteolytic remodeling and cell adhesion and migration. One essential part of the molecular puzzle underlying uPAR-induced cell adhesion remained, nonetheless, still to be solved. Being a glycolipid anchored membrane protein uPAR obviously lacks a bone fide signal transducing domain enabling the communication between extracellular ligand binding events and intracellular effector signal cascades. A central publication in Science by Wei et al. 1996 reporting that uPAR regulates integrin function by direct lateral interactions created the so far unopposed paradigm that uPAR-mediated signal transduction was caused by direct lateral molecular interactions between uPAR and various integrins. Whereas it is beyond any reasonable doubt that integrin signaling indeed is essential for the uPAR-mediated effects on cell adhesion and migration, I have personally always had some concerns about the part of the model stating a direct and defined molecular interaction between uPAR and the integrins in question. Reviewing the literature on this alleged protein interaction it is accordingly very difficult to find hard core biophysical evidence proving the existence of such a direct molecular interaction as most data merely rely on circumstantial evidence indicating spatial proximity (e.g. FRET) or co-partitioning (co-IP) rather than a true molecular protein-protein interaction. In addition, the fact that uPAR did not appear selective but was described as a promiscuous regulator of integrin function was also in my opinion a bit difficult to reconcile with the formation of a well-defined protein-protein interface.

Following this reasoning I find the alternative model for uPAR-mediated signal transduction in cell adhesion and migration that is proposed by Dr Sidenius and coworkers in The EMBO Journal (Ferraris et al. 2014) quite appealing. An important feature of their model is that it does not require direct protein-protein interactions between uPAR and the integrin hetererodimers in question. Changes in membrane tension elicited by the uPAR interaction with vitronectin immobilized on rigid surfaces is according to this model allegedly sufficient to transmit signals from activated integrins in a process that is independent of a direct integrin ligation to the matrix per se. To develop this controversial model for ligand-independent integrin signaling, Dr Sidenius conscientiously dissected the impacts of each of the participating component by uncoupling their function individually using cleverly designed intervention strategies. In the present commentary, I will only highlight one of these experiments, which I find particularly well-conceived. The impact from the uPAR-vitronectin interaction in cellular signaling was ingeniously scrutinized using a vitronectin binding deficient uPART54A mutant, which preferably populates the open receptor conformation. The mere addition of uPA or its small receptor binding growth factor-like domain to this construct momentarily switches uPART54A into a vitronectin binding proficient state by driving it into its closed conformation. Using this molecular switch in combination with vitronectin mutants with mutated integrin binding site (RDG versus RAD) Dr Sidenius could elegantly isolate the individual contributions from integrins and uPAR engagements with the immobilized vitronectin.

By tethering different membrane proteins to rigid surfaces Dr Sidenius furthermore demonstrates that this alternative ligand-independent integrin signaling via increased membrane tension may represent a more general concept rather than being limited to uPAR-vitronectin dependent signaling.

Bearing in mind that these initial hypothesis generating studies for obvious reasons were conducted entirely in vitro in cell cultures, it will be interesting to follow whether the same concept can be recapitulated in a more complex physiological setting. From a cancer invasive and metastasis perspective it will furthermore be interesting to explore if the increased tissue rigidity introduced at some cancer lesions by the desmoplastic reaction is associated with a shift in the prevailing integrin mediated signaling pathways. 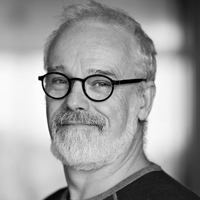