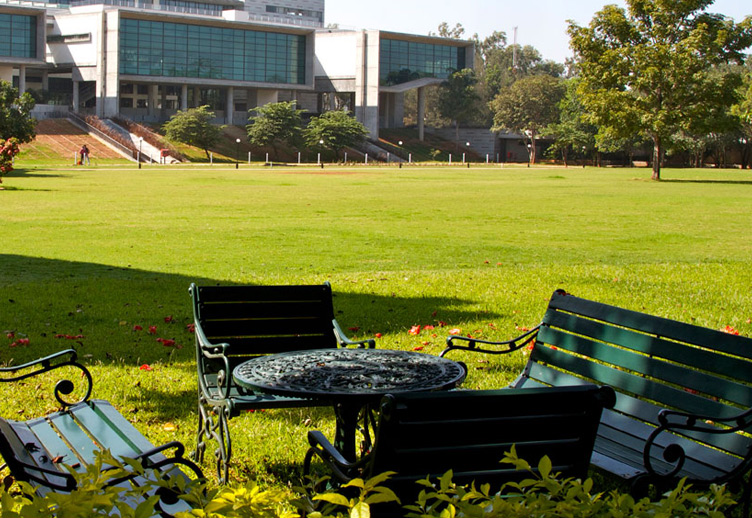 Connecting Science: the agreement between IFOM and InStem

InStem, the Institute for Stem Cell Biology and Regenerative Medicine, is a major initiative of the Indian Government and is growing collaboratively in a joint campus with the National Centre for Biological Sciences (NCBS). In its 20 years of growth, NCBS has carved a place for itself as a place of quality scientific research. Satyajit (Jitu) Mayor, is the dynamic new director of NCBS (and of InStem) Upi Bhalla, an accomplished neuroscientist is NCBS Dean. InStem has grown with Jyotsna Dhawan and S. (Rams) Ramaswamy as Deans. Jyotsna has recently handed over to Apurva Sarin as a new Dean at InStem. This team at InStem and at NCBS, and their colleagues, have made the campus an example of excellence are working hard to ensure that it continues to lead in very challenging times.

The challenge for InStem, and for all of in biomedical research is simple: what special perspective do we bring to the research stable that makes our presence, in a world of big players, meaningful? We believe that the key to new discoveries in science is one's ability to think well, to keep excellent company and to be nimble. Resources are very important, but resources without the above do not help. InStem's plan is for effective research through the highest quality in hiring and collaborating. Through this way we may define questions and define new directions, which may well elude much bigger players. The international collaborations of NCBS and InStem range from Kyoto, Kobe, Singapore. Cambridge, Edinburgh, Stanford, Montana, Dresden, Barcelona and, of course, Milan. It is no coincidence that IFOM's own collaborations overlap substantially with ours! IFOM is a great centre for Cancer biology: it has quickly become world-famous and, importantly, has a sense of adventure and internationalism rare in older staid institutes. We expect that together we will address problems of such complexity that neither can address independently. IFOM is an inspiration for us at Bangalore. IFOM is nimble, brilliant, has depth and shares with us a desire to address the most fundamental questions in cancer biology and succeed. Our friends in IFOM are an amazingly collegial lot: we are fantastically lucky to be able to partner with such committed and dedicated people.

Our joint lab will be amongst the best anywhere, and we are sure that Professor Colin Jamora, who leads it, will fly IFOM's flag high in Bangalore. Its been a year since Colin started his lab in Bangalore and it been a difficult year. I have moved on to Delhi and Jitu has taken over at NCBS and InStem. Such transitions, when one is a new investigator, can be difficult. In addition, India, like Italy is going through difficult times. Nevertheless, Colin has done a stellar job settling in, with the help of his colleagues at InStem and NCBS, and is well on his way to establishing a great research team.

Our collaborations may have a special place in a world, which is churning with uncertainty. In such uncertain times, science can have major effects on policy and even on the planet's future.
The first is a very deep social and cultural one, similar to that of music and the arts. A society without scientific enquiry is like a society without music, without poetry and the arts: a graveyard of a society. Our quest to understand the universe and our origins is very deeply embedded in our blood and culturally strengthened in most countries. Of all places in the world, Italy in the West and India in the East have been historically iconic in communicating the value of questioning and scientific inquiry. It is wonderful that our institutions, InStem/NCBS and IFOM are, in a very small way, working together in this quest for understanding and scholarship. Science, and we in a small way, can be a unifying moral and rational force in a tumultuous world.

The second, and equally important, role of science is to translate our understanding of nature for the good: for the good of humanity, and of the planet. Many of our planet's problems can principally be addressed through good politics, good planning and good governance: Science and Technology can be an effective and responsible partner here. It has often been said that science is value-neutral and its manner of use by society decides whether it is for the good or not. While, this may be a truism, I feel that it is vital for us, as scientists, to engage with society at every level. We must work with society to identify important questions and not hesitate to see how science can aid in their solution. We should also protest against misuse of science. We must make sure that evidence comes to bear on policy and is not squelched by ideology or misplaced idealism.

The third role science can play is in stressing the importance of internationalism and cooperation. In today's world, each of our strengths belong to the entire world and the problems each country faces also must be solved by international cooperation. The world's human population will be 9 Billion in the not too distant future. We must work together to make this populous world sustainable for all and science can glue good politics rather than be a force for greed and consequent despair.

Mahatma Gandhi is supposed to have said that there is always enough on this planet for everyone's need, but not enough to satisfy everyone's greed. The financial crisis has complex underpinnings of course and it may too simplistic to attribute it to just greed, but it is true that we must now work hard to focus on sensible ways to address the needs of our planet. Scientists must work with society to ensure effective ways to develop technologies that will allow us to cut waste while delivering quality. The financial crisis has brought much suffering, but now that we have it we should view it as an opportunity to make our societies more energy efficient, have better biomedical technologies and create jobs through entrepreneurship in a sustainable world. For example, if an Italian engineer develops an effective way of saving rainwater in India, its implementation can create jobs in Italy and in India while solving a major problem. An early diagnostic for oral cancer coming from Milan could make for good public health and good economics. A breakthrough in computational biology or in skin stem cells could come from India and create new understanding for the whole world.
The world is in transition and China, India, Brazil and other countries will become major powers, hopefully in the best sense of the term. These 'Rising Powers' have much to learn from America, Europe and Japan. Amongst these America is special. America's success in science and innovation is phenomenal, historical and has many causes. The decline of America has been predicted for at least two hundred years and may still be a premature prediction. However, three aspects of its success are pertinent for China, India and even perhaps Europe.

The first is democracy. While it may be difficult to repress geniuses, a broad culture of innovation cannot come from an oppressed society. India is a democracy where there is much social oppression. We must change. China is not a democracy and it will change. Europe must not let its democracy slip into intellectual isolationism. America too can learn from itself. Some say that it seems to be grasping at anti-intellectual mirages. This can cause its decline faster than any economic policy.
The second lesson we all can learn from America is openness. If India welcomes the best scientists in the world, the best economists, the best entrepreneurs, irrespective of nationality, we can change in a decade. If we become xenophobic, we will take a hundred years to change. Similarly, Europe can benefit from the welcoming openness America has towards the best and the brightest.

The third lesson we can learn from America is not to worry about failure in entrepreneurship. One reason why America is innovative is simply because it tries and fails far, far more often that similar ecosystems elsewhere. In India, despite the winds of change, there is still a tendency to feel assured that a venture will not fail before we get support it. This fear of failure is a mental block that prevents innovation.

Finally as China and India grow as economies, there is no guarantee that they will also become engines of innovation and leadership in science technology. It is possible to grow by neglecting the environment, with inequitable distribution of opportunity and by amplifying social and income disparities. Such growth, in India and China, will be disastrous for the world. For meaningful transformation, deep socio-cultural changes and a change in China and India's education and research ecosystems are needed. For this to happen rapidly in China and India (and in South America and Africa), a partnership of peace and collaboration between America-Europe and the rest of the world is needed. This enters the realm of politics, but there is a danger we must recognize. Growing economies, which relinquish cultural, intellectual and moral connections are not good for anyone. Europe, and Italy, as the fountainheads of modern science and technology, have a great responsibility in this context. Europe can engage with the developing economies of the world and with America to ensure that innovation and technology is both global and calibrated for sustainable equitable change. Science, then, is not a race between China and the world, but a team event for mutual sustenance and benefit. We must, therefore move past the ears of brain-drain, brain-gain and brain-circulation and seek the ideal of one cooperative brain for one sustainable planet. 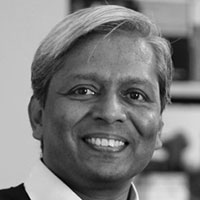