Regeneration of Hematopoietic Stem Cells and immunosuppression recovery: the power of prolonged fasting

All living organisms are continuously exposed to various stresses, but only vertebrates possess a sophisticated defense mechanism, called immune system. While along life, the immune system is an active component against environmental pathogenic stress, over the years, it undergoes a progressive functional decline, which can play a major role in increasing susceptibility to onset of malignancies, including cancer. Immunosuppression is one of the most relevant side effects of conventional cancer-based therapy. In particular, chemotherapy causes a significant myelosuppression with a specific damage in bone marrow activity and high incidence of mortality. This represents a dose limit in chemotherapy treatment because damage to adult stem/progenitor cells impairs tissue repair and regeneration. With this regard, a great interest exists on the development of Hematopoietic Stem Cells (HSCs) and their use in clinical application. HSCs are normally maintained in a quiescent state, but in response to external stresses, such as chemotherapy, they should proliferate extensively to sustain hematopoietic cell self-renewal. At the moment, understanding the basis to counteract immune system defects represents a central issue in both aging and diseases processes.

Prolonged fasting reduces IGF-1/PKA to promote hematopoietic-stem-cell-based regeneration and reverse immunosuppression.
Immune system defects are at the center of aging and a range of diseases. Here, we show that prolonged fasting reduces circulating IGF-1 levels and PKA activity in various cell populations, leading to signal transduction changes in long-term hematopoietic stem cells (LT-HSCs) and niche cells that promote stress resistance, self-renewal, and lineage-balanced regeneration. Multiple cycles of fasting abated the immunosuppression and mortality caused by chemotherapy and reversed age-dependent myeloid-bias in mice, in agreement with preliminary data on the protection of lymphocytes from chemotoxicity in fasting patients. The proregenerative effects of fasting on stem cells were recapitulated by deficiencies in either IGF-1 or PKA and blunted by exogenous IGF-1. These findings link the reduced levels of IGF-1 caused by fasting to PKA signaling and establish their crucial role in regulating hematopoietic stem cell protection, self-renewal, and regeneration.
[PMID 24905167]

In the last decade Valter Longo, Professor of Gerontology, Director of the Longevity Institute at University of Southern California LA and recently appointe as senior group leader at IFOM, is focusing his research on the potential benefits of fasting practices on longevity, adaptive cellular response and cancer prevention and treatment. His studies on mice and humans have revealed that prolonged fasting (PF), lasting 2 or more days, enhances cellular resistance to toxins, in part by reducing circulating Insulin-like growth factor (IGF-1) [1-3]. Increase in IGF-1, normally required for proper growth in children, has been implicated in the risk of different kind of cancer in men and women older than 40, but can also render normal cells sensitive to stresses including chemotherapy.

The article by Dr. Longo’s group and colleagues has now shown that PF reduces circulating IGF-1 in various cell populations and promotes HSC-based regeneration [4]. This effect is mediated by reduced Protein Kinase A (PKA), which acts downstream of IGF-1. PKA is known to directly phosphorylate and negatively regulate factors implicated in stem cell differentiation, but its role in hematopoietic regeneration is poorly understood [5]. This work connects the reduced level of IGF-1 caused by cycles of PF to PKA signaling and establish their crucial role in regulating hematopoietic stem cell protection, self-renewal and regeneration. A definitive confirmation of these results comes from the data obtained with knock-out mice, deficient in either IGF-1 or PKA, in which the effects of PF on increased stress resistance and hematopoietic recovery are recapitulated. Accordingly, exogenous IGF-1 can blunt the effect of PF on stimulation of HSC self-renewal. Remarkably, the hematopoietic regeneration may have also occurred in cancer patients monitored in a phase I clinical trial in which the association of PF and chemotherapy was shown to prevent defects in the hematological profile. In accordance with these preliminary human data, multiple cycles of fasting abated the immunosuppression and mortality caused by chemotherapy in mice. PF could also reverse the effects of aging in causing unbalances in the profile of different blood cell types, leading to the apparent rejuvenation of the immune system profile.

That impairment of PKA signaling could protect against stress and increases lifespan was shown many years ago by the Longo lab (6), indicating an evolutionary conserved mechanism from yeast to mammals [2,3]. Also in this paper, Valter does not forget to highlight how it is important to learn from model organisms to intervene against human disease and aging by showing that yeast cells over-expressing an inhibitory subunit of PKA show higher resistance to oxidative stress. Valter started his career working with the yeast Saccharomyces cerevisiae and identified for the first time key regulators of longevity and stress resistance [2,6]. Yeast has been also the filrouge between myself and Valter. I had the great opportunity to meet him in Los Angeles, to spend a period in his laboratories, to enjoy his intellectual generosity and to tighten a solid friendship.

The commented work reinforces the potential effects of a natural intervention, such as PF, on aging processes and diseases treatments. Indeed, the physiological changes caused by PF are much more pronounced than those caused by calorie restriction or fasting lasting 24 hours or less. In fact, PF triggers a full metabolic switch from a carbohydrate-based to a fat-and ketone body-based catabolism. This change in the energy metabolism could be a relevant determinant for the observed HSC self-renewal. These findings provide also the basis for a potential therapy to be applied in both chemotherapy treatments, aging and all diseases in which the hematopoietic and immune system are impaired. 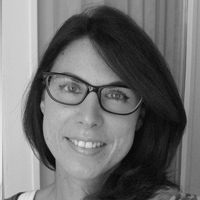 June 6 , 2014
Longevity and Cancer: A new research program at IFOM in Milan. It will be conducted by a "Scientist without borders": Valter Longo